DANIEL TAKASHI SAKAI
Sergeant Daniel Sakai and Sergeant Ervin Romans, SWAT team members, were killed when they attempted to apprehend a suspect that had earlier in the day shot and killed Sergeant Mark Dunakin and mortally wounded Officer John Hege during a traffic stop.

At approximately 1:15 p.m., Sergeant Dunakin and Officer Hege, patrolling on motorcycle, pulled over a car on a traffic stop at 74th Avenue and MacArthur Boulevard. During the stop, the driver opened fire, killing the officers. Citizens who witnessed the incident called 911 and started CPR on both officers.

The suspect fled on foot, leading to an intense manhunt by dozens of officers from the Oakland Police Department, California Highway Patrol, and Alameda County Sheriff’s Department.

At approximately 3:30 p.m., the Oakland Police Department received an anonymous tip that the suspect was barricaded inside an apartment building on 74th Avenue.

Officers first attempted to negotiate with the suspect, but when that failed a SWAT team was sent into the location to apprehend him. As the SWAT officers approached, the suspect opened fired with a rifle, killing Sergeants Ervin Romans and Daniel Sakai and wounding a third officer. Officers returned fire, killing the 26-year-old male suspect.

It was later determined that the suspect had an extensive violent criminal history and was on parole for assault with a deadly weapon. At the time of the incident he had a no-bail parole warrant.

Sergeant Sakai had served with the Oakland Police Department for nine years.

30 Pull-ups
In honor of Oakland SWAT Sergeant Daniel Sakai, age 35, was killed on March 21, 2009 in the line of duty.
To learn more about Danny click here
Scaled 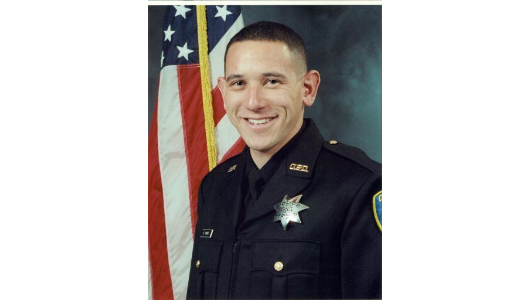