Sgt. Maj. Jerry Patton, who was killed in a free fall parachute accident while training for deployment. Patton, a former cadre member at the school, served the majority of his Special Forces career at the 7th Special Forces Group (Airborne). To honor Patton’s memory, the SFUWO dedicated the Sgt. Maj. Jerry Patton Water Drop Zone. During the ceremony, which was attended by many former divers, as well as a large contingent of school children from the local schools, Patton’s family, Molly Jones, his sons, Cody, Chase and Connor, along with his parents, Cheryl Iacono and Richard Patton, received replicas of the dedication stone that marks the landing zone. 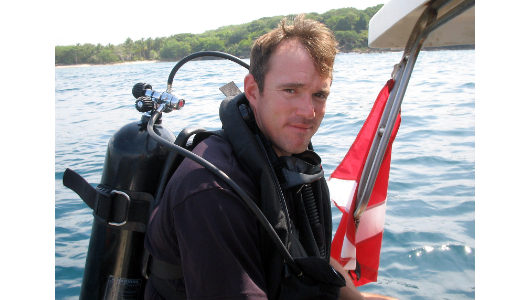