9/11 we will be doing the 20 year anniversary memorial WOD. It is a partner wod! Let’s get sweating and remember the fallen, the heroes and all the innocent people we lost that day.
Friday Sept 17th we will run Fighting Spirit all day for the class wod. All donations made this day will be donated to Bethematch.org in support of giving others more time that are dying from Leukemia.
Member Appreciation Beach wod! Come workout with us and enjoy some Food and fun in the sun.
RSPV on FB event please.
https://fb.me/e/4i9Yv0wVa

On September 11, 2001, at 8:45 a.m. on a clear Tuesday morning, an American Airlines Boeing 767 loaded with 20,000 gallons of jet fuel crashed into the north tower of the World Trade Center in New York City. The impact left a gaping, burning hole near the 80th floor of the 110-story skyscraper, instantly killing hundreds of people and trapping hundreds more in higher floors. As the evacuation of the tower and its twin got underway, television cameras broadcasted live images of what initially appeared to be a freak accident. Then, 18 minutes after the first plane hit, a second Boeing 767—United Airlines Flight 175—appeared out of the sky, turned sharply toward the WTC and sliced into the south tower near the 60th floor.

As millions watched the events unfolding in New York, American Airlines Flight 77 circled over downtown Washington, D.C., before crashing into the west side of the Pentagon military headquarters at 9:45 a.m. Jet fuel from the Boeing 757 caused a devastating inferno that led to the structural collapse of a portion of the giant concrete building, which is the headquarters of the U.S. Department of Defense. 125 military personnel and civilians were killed in the Pentagon, along with all 64 people aboard the airliner.
At 10:30 a.m., the north building of the twin towers collapsed. Only six people in the World Trade Center towers at the time of their collapse survived. Almost 10,000 others were treated for severe injuries.
A fourth California-bound plane—United Flight 93—was hijacked about 40 minutes after leaving Newark Liberty International Airport in New Jersey. The passengers fought the four hijackers and are suspected to have attacked the cockpit with a fire extinguisher. The plane then flipped over and sped toward the ground at upwards of 500 miles per hour, crashing in a rural field near Shanksville in western Pennsylvania at 10:10 a.m. All 44 people aboard were killed. 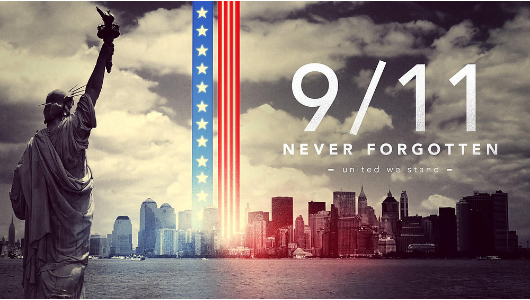